Rejection: A Step Closer to Success

Native to Jitpur Simara sub-metropolitan city, Laxman Devkota lives with his family of five - his parents, younger brother and sister. With a dad who has been involved in agriculture for most of his life, Mr. Debkota has wanted to follow his footsteps. Although he enrolled in an undergraduate degree in Business, he was not able to complete it as he had to take care of his family and help sustain the land. In 2013, he began working at Dumwarwana Dairy Production Cooperative Ltd. as a branch manager to support his family financially. 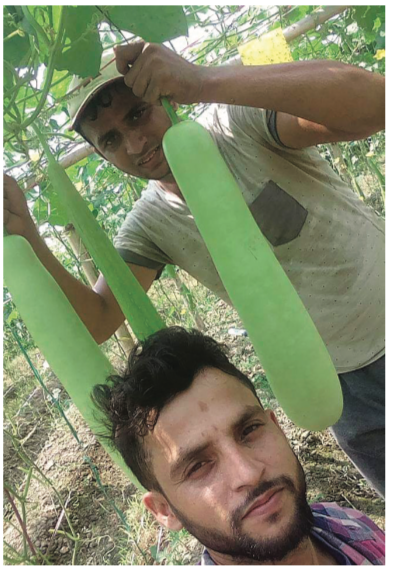 When he found out about the Israel-Agro program, he didn’t skip a beat. He enrolled right away and was offered to be trained at Ashkelon College, where he made the executive decision to return to Nepal and implement the modern agricultural techniques he learned.

Upon returning, he met with many people, all of whom were not interested in his ideas. But that didn’t deter his determination to use the skills and knowledge he had acquired in his native country.

So, with the money he saved in Israel, he implemented a drip irrigation system on his brother’s land in the Hatiya Village Development Committee (VDC), located in Bara district. Within the next few years, he saw a huge increase in production output.

Villagers took notice to the progress he made and complimented him on his hard work. This motivated him to do even more, so he began vegetable farming in his own village. It’s now been three years and his yearly net income is approximately Nrs. 400,000. Nevertheless, he is confident his income will rise. 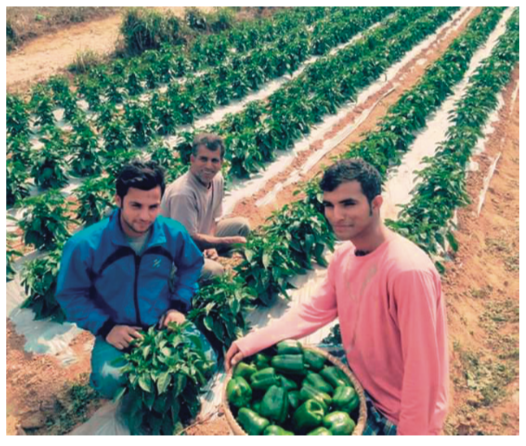 Mr. Devkota has received the opportunity to participate in a 10-day Entrepreneurship Development Training initiated by Sana Kisan Bikas Bank Ltd. (SKBBL) and the Industrial Enterprise Development Institute (IEDI), and an international seminar on agriculture. As well, his mother was rewarded for initiating commercial vegetable farming in her village.

Currently, he has leased a piece of land in Chucheckhola-6, Hetauda, with several friends. There, they built a high-tech tunnel and drip irrigation system.

Mr. Devkota says he is grateful to SKBBL for providing a platform for youth to become business-oriented in agriculture, and for giving him a chance so many others weren’t willing to offer. He is a living example of someone who didn’t let rejection stop him, who persevered and succeeded.